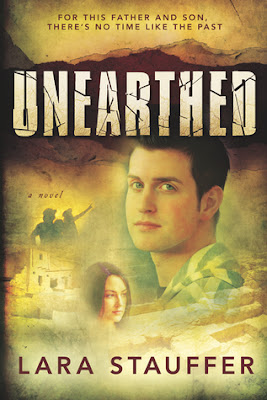 Matt’s spent years resenting his father and the church, but a once-in-a-lifetime archaeology trip forces Matt to face more than he bargained for as he and his father unearth a city that’s been lost for centuries. This thrilling adventure is bursting with laugh out loud humor, a touch of romance, and more than a little mystery. A fun read for the whole family!

Christy's Review:
This is an LDS novel and speaks often of the Book of Mormon, it's setting in South America, it's stories and such. I really liked this book. I wanted to like it even more than I did, but overall a really cute book. I believed Matt's journey from rebellious teen to penitent kid. I believed the "ugly duckling" story line. I loved the archaeology aspect. But there's a secondary story line that is introduced a bit late in the book. Had it been introduced earlier, I might have liked it a bit more, but where it was inserted felt more like an intrusion into the story line I had already grown interested in. Eventually I warmed up to it, but I wish there had been a bit more "oomph" to it. I kept expecting Matt and his friends to take a "Tennis Shoes Among the Nephites" type tangent into history and that just didn't happen. Overall, a solid, fun read that gives a bit of life to some of the Book of Mormon Stories.