Kids at the Shelf: Smoulder by Brenna Yovanoff 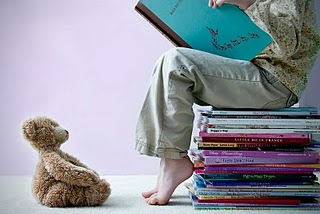 Kids at The Shelf is a NEW feature at The Sweet Bookshelf.  It is a place for our very own group of kids to review books from their points of view! See what they actually have to say! 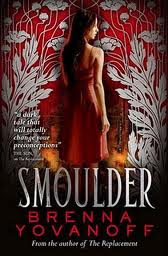 Being the youngest daughter of the Devil has never been easy. Daphne's father has no time for her, her mother no interest, and her status in the upper echelon separates her from the working-class demons that populate Lucifer's metropolis. When her brother and only confidante goes missing, life in the restrictive city of Pandemonium becomes intolerable. Now, in an attempt to find him, Daphne sets out for Earth - and finds it larger and more chaotic than she imagined: a dazzling expanse of noise, dirt and random violence. Despite her bewilderment, she navigates the mortal world with growing fascination, gaining an ally when she saves a dying boy from her father's minions. For Truman Flynn, the last year has been one long downward spiral, but when Daphne arrives just in time to save his life, he finds himself unexpectedly glad to have another chance. Together, Daphne and Truman go in search of her brother, braving the hazards of Las Vegas and the perils of first love, even as it becomes increasingly clear that her brother might have had a secret and compelling reason for leaving. Lucifer's agents aren't the only creatures on the prowl, and Daphne soon finds herself the target of a plan to rid the world of demons for good. Now she must evade a demon-eating monster, rescue her brother from an angelic zealot, and save the boy she loves from his greatest enemy - himself.


Review:
Smoulder is a heartbreaking romantic adventure. Daphne is half demon/half fallen angel and is beautiful, scary, and loving. She goes to Earth for her first time to save her brother who was kidnapped and disappeared from her mother's vision. Her mother is trapped in pandemonium and can't do anything to help. Her father doesn't know what is going on. It's up to Daphne to save her brother. Will she dare go to Earth when she is told not to? Will she risk dying herself to save her brother? This is the perfect book to read for hours, and once you're reading it, you won't want to put it down until you're done.


Thanks Grace! I love mythological re-tellings! This books looks amazing!

Email ThisBlogThis!Share to TwitterShare to FacebookShare to Pinterest
Labels: Kids at The Shelf, Reviews, Young Adult