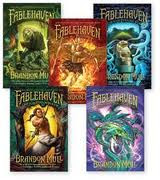 There is a trend in the publishing industry at present.  That would be a series for books.  I'm not going to lie, I do enjoy a good series.  I like knowing I get 2,000+ pages of awesomeness of a story and characters I love.  I like knowing the story goes on and on.  I like to gorge myself on it  until I've had enough. Anybody with me?

But, there is something I don't like. The waiting. I read a really good book, ends in an awful cliffhanger, and I spend the next year impatiently waiting what comes next. Then to find out there are 4 more books in the series and the next 3-4 yrs of my life will be waiting to find out what the heck happens. Know what I mean? I know you're doing it too. I'm kind of sick of it.

I now have several series that I'm collecting, but not reading, until they are finished. I'll re-enter the story world when all the books are done and I can get the whole story at once. Some series I just can't help myself and I pick up the next book on release day.  But, I'm trying to hold out on some series and re-visit them when they've been finished.

I'll tell you what I am liking these days, companion novels. Books like Anna and the French Kiss by Stephanie Perkins and its companion novel Lola and the Boy Next Door. We have a few scenes with previous characters to see how they're doing, but we move on to new people, a new story. Catching Jordan by Miranda Kenneally is doing the same. Its companion novel Stealing Parker will be out later this year. Catching Jordan was tied up nicely for me. I can't wait for more of Kenneally's writing, but I'm glad there was resolution at the ending.

There is also nothing wrong with stand alone novels. Shannon Hale, author of Princess Academy writes amazing stand alone novels. She has got it right! I think readers have gotten in the habit of thinking there will automatically being a sequel.  Maybe the author wanted to leave the rest up to our imagination? Maybe the story is finished? I like being able to close a book and feel good about the ending.

So, what do you think about series books? Companion novels? Stand alone titles? Let me have it!