May Borrow My ARC Tour Books

If you haven't heard about the Borrow My ARC Tour, find out the rules and regulations here.

To sign up for a book just fill out the form below. Fill out ALL of the form!!!

By filling out the form you agree to:

- Read, review and mail the book with in two weeks of receiving it.
- Email me when receiving, reviewing and mailing the book.
-You must live in the UK or Europe. 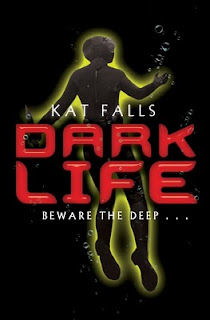 Set in an apocalyptic future where rising oceans have swallowed up entire regions and people live packed like sardines on the dry land left, DARK LIFE is the harrowing tale of underwater pioneers who have carved out a life for themselves in the harsh deep-sea environment, farming the seafloor in exchange for the land deed.

The story follows Ty, who has lived his whole life on his family's homestead and has dreams of claiming his own stake when he turns eighteen. But when outlaws' attacks on government supply ships and settlements...... threaten to destroy the underwater territory, Ty finds himself in a fight to stop the outlaws and save the only home he has ever known.

Joined by a girl from the Topside who has come subsea to look for her prospector brother, Ty ventures into the frontier's rough underworld and begins to discover some dark secrets to Dark Life.

As Ty gets closer to the truth, he discovers that the outlaws may not be the bloodthirsty criminals the government has portrayed them as. And that the government abandoning the territory might be the best thing for everyone, especially for someone like Ty, someone with a Dark Gift. 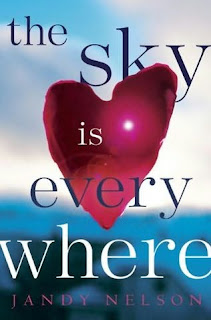 Seventeen-year-old Lennie Walker, bookworm and band geek, plays second clarinet and spends her time tucked safely and happily in the shadow of her fiery older sister, Bailey. But when Bailey dies abruptly, Lennie is catapulted to center stage of her own life—and, despite her nonexistent history with boys, suddenly finds herself struggling to balance two. Toby was Bailey’s boyfriend; his grief mirrors Lennie’s own. Joe is the new boy in town, a transplant from Paris whose nearly magical grin is matched only by his musical talent. For Lennie, they’re the sun and the moon; one boy takes her out of her sorrow, the other comforts her in it. But just like their celestial counterparts, they can’t collide without the whole wide world exploding.