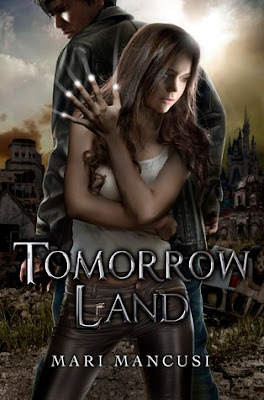 Can true love survive the end of the world?
Imagine finding your first love, only to be ripped apart by the apocalypse. Peyton Anderson will never forget the day she was forced to make a choice--between her family--and Chris Parker, the boy she'd given her heart. Now, four years later, as she steps from the fallout shelter and into a dead and broken world, he's the only thing on her mind.All Chris "Chase" Parker wanted was to take Peyton away and keep her safe from harm. But he waited for hours in the rain on judgment day and she never showed--breaking his heart without ever telling him why.Now the two of them have been thrown together once again, reluctant chaperones to a group of orphan children in a post-apocalyptic world where the dead still walk...and feed. As they begin their pilgramage to the last human outpost on Earth, can they find a way to let go of old hurts and find the love they lost--all while attempting to save what's left of the human race?


I’m not a huge fan of zombie thrillers, but I do like dystopian and YA fiction, and like they say, 2 outta three ain't bad! I'm glad I picked this one up. I love all of the details put into this story and into the interpersonal relationships.

The story is told by juxtaposing the past and present and this device works extremely well.  Peyton and Chris/Chase were great, well-rounded characters who I came to care for, and that really drove the story.

The happenings in the plot fell a bit on the rote/predictable side, and the pacing was sometimes odd, especially toward the end of the story. Some of the other characters ought to have been developed a bit more and the journey and trials along the way seemed a bit too easy/glassed over. And then, it seemed to end very, very suddenly. Also, with all of the Disney references and Peyton’s goal, I really expected more of a payoff/integration that was given.

All in all, great, fun read and a much lighter dystopian/zombie book than what most people would expect.

Note: There is a lot of talk about teen sex. There aren’t any sex scenes, but the story is originally based in a society where teen sex is a norm, and that is a catalyst for the dystopian segment of the story.