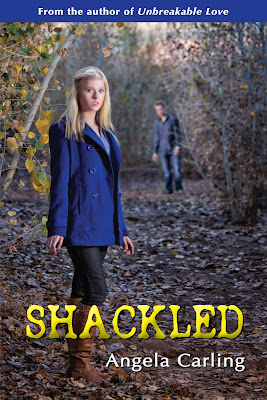 A special Thank you to Acacia Publishing for sending me this book to review.


After shy, quiet Lucy and her family move from their small hometown in Minnesota to Seattle, Washington, she is surprised when Ryan, the most popular boy at school asks her out. Soon, she is swept up in a whirlwind romance and her naïve and trusting nature allows her to fall head over heels in love with her too-good-to-be suitor. Suddenly, Lucy finds herself enraptured by the excitement of her new relationship, leaving her blinded to the warning signs of danger ahead. Can her fairy tale romance last, or will she find that her prince charming is more like a wolf in sheep’s clothing.


Review:
Let me first say that for some reason I kept thinking there would be a paranormal aspect to this book. Without that it would be an abuse story. Having been through an abusive childhood, if I'd know it, I wouldn't have read it at all. I don't like to think about it. I feel the summary should mention something about that.


Lucy is likeable enough. But, I didn't feel that bond I usually get with a character. I wanted to know her more. The story is mainly told through her point of view except for a few chapters in Ryan's and Mason's. I didn't like this. If it is Lucy's abuse story then it should be told through her. We wouldn't have "seen" it coming in the same way and I felt it diminished her internal struggle. I really didn't feel her connection with Ryan either. Without that she'd never have been abused. It is all about the connection and what you let the person you love get away with.


I didn't like Ryan. At all. I mean he's the abuser, but I felt his method's of abuse in the beginning not realistic at all. What I know of abuse and my experience, he didn't "fit the profile" in many ways. It felt like he'd turn into some paranormal being instead of turning into an abuser. It would have fit the story better! He didn't sit well with me.


I really liked Mason and I wanted to have him more in the story. It called for it. Period. He should have also been more forthcoming on Ryan's true character.


I'm not going to say I didn't like it, but it is a hard subject matter. I was eagerly reading in the beginning just trying to find out what this story was actually about. Having been through abuse this isn't my favorite thing to read about. It didn't feel realistic in parts.  If you're looking for something different and a bit deeper than give it a go!